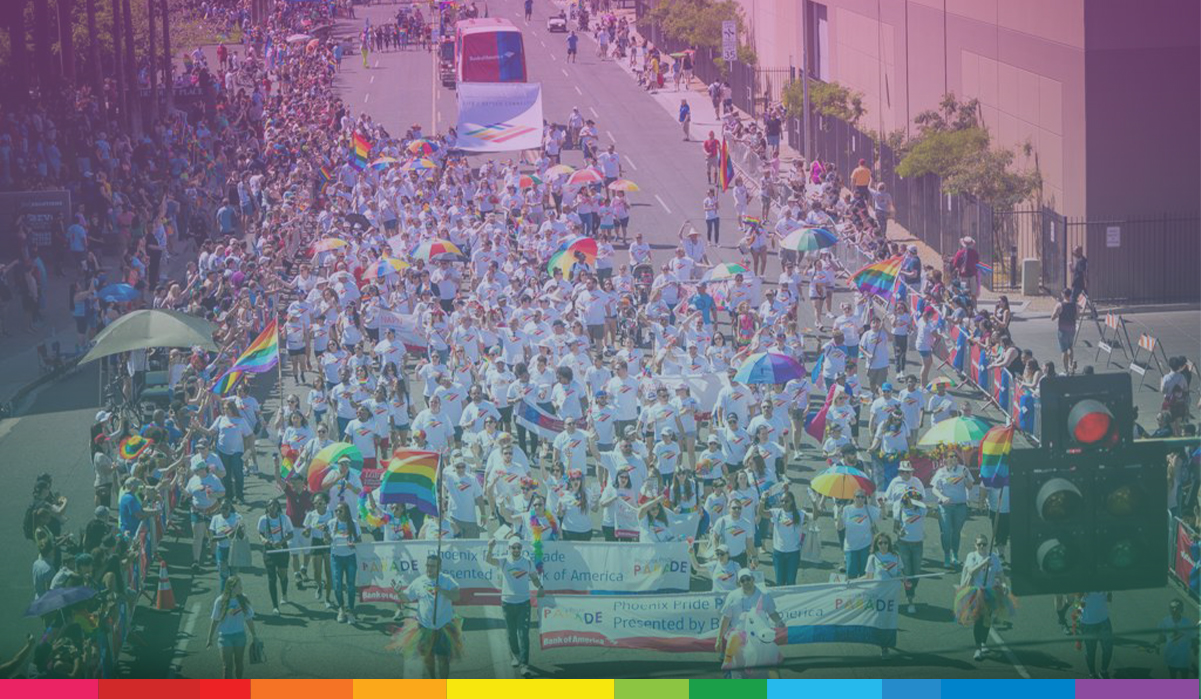 By Franklin DiazJuly 1, 2020Blog
No Comments

Bank of America has been there for Phoenix Pride for the past decade, offering support, funding and manpower for our biggest events in the most impactful ways. Bank of America employees in Phoenix volunteer 100,000 hours each year in our community, and have been one of the PRIDE Parade’s largest contingents every year.

But, what’s even better, is Bank of America has been a strong voice and partner for the LGBTQ+ community for much longer. Their commitment extends past a parade, although they do plan to have more than 400 employees and families participating in Pride’s next parade.

It permeates the working environment they have created, dating back to 1983, when Bank of America established one of the nation’s first known human resources policies designed to protect employees with AIDS and HIV.

Since instituting that watershed policy, Bank of America became the first financial services company to offer domestic partner benefits in 1998, and a decade later introduced insurance coverage for procedures needed by employees who are transitioning. In addition, many of Bank of America’s Arizona branches have been classified as “Safe Places” from LGBTQ bullying and violence.

Bank of America employees in LGBTQ+ households or families also have access to money managers with experience navigating their specific financial and legal needs. And, Bank of America’s LBGTQ+Pride employee network has more than 30 chapters worldwide, with an estimated 1,500 active members in the Phoenix market.

As a three-time title sponsor for the Phoenix Pride Parade, Bank of America has shown us in so many ways, year after year, that it supports our cause. More importantly, though, are the every day moments of support that the company offers the LGBTQ+ community.

It’s not possible to put a price tag on that.